For our English speaking visitors - click here: "Doing cutting yourself or outsourcing to a custom cutting provider - what is better?"

Doing cutting yourself or outsourcing to a custom cutting provider - what is better?

It’s not really possible to give a catch-all answer to the question of “outsourcing or in-house cutting”, because a company’s environment, its limiting conditions and psychological aspects are all variables that play a role. For this reason, we will classify and look at the individual archetypes as well as discuss buyer behavior.

Do the cutting yourself in-house or outsource it to a custom cutting provider? Advantages and disadvantages of both concepts!

The maxim “Self-reliance is the name of the game” still holds true for companies that use a pragmatic approach.  With this approach, the crucial motivators for making a decision are based on the following statements:  “The boss does things himself here,” “It has to be done quickly,” “We do not want to be dependent on others,” “Whatever we can do ourselves, stays in-house,” “We do not let others see the cards we are holding,” “Only the things we do ourselves are done properly.”

The guiding principles behind this approach are often:

On the other hand, a commercially-driven user group has a different line of argument:  “What does it cost now and what will it cost later?” and “How can I save money?” Indeed, as soon as a company outsources a certain contingent of contract work or conversely considers its expenditures for a burning department as too high, the issue of optimizing costs is brought up without fail.

The guiding principles behind this approach are often:

The last point is precisely the weak spot of an eventual decision since many surprises can arise in terms of conjectured profitability calculations. The first question which arises: How high is the annual quantity of cuttings that are contracted out to external suppliers? For example when figures reach €100,000 p.a., companies can start thinking about doing the task themselves and keep the liquidity in-house. However, all prerequisites should be checked beforehand: if there is not any space for a cutting machine and more space needs to be built, then the ROI calculation will not necessarily turn out positive during the first few years. If a company only needs to outsource small quantities of pre-cut parts, for example less than €10,000 p.a., it should not waste much time thinking about cutting the parts in-house unless — and this is a new perspective — it intends to undertake custom cutting for other companies.  A company that does the cutting themselves has control over a lot of things. And yet the company can only earn money by doing the cutting themselves if it has done everything right.

A cutting machine can become a euro-annihilator if the limiting conditions are not respected.

Holding on to outsourcing to external providers may have some advantages under certain circumstances, especially in terms of lowering the risk of making eventual mistakes while setting up a cutting department.  Putting machinery into operation is usually very “difficult” for this user group and the focus is on reliable dimensioning. In the same way that a hammer should be compatible with a specific nail size, so should the cutting machine be specifically configured here, since the company knows exactly what it wants and can purchase it accordingly – naturally with a specification sheet and profitability calculation.

And then there is the third group of users whose line of reasoning is process-driven. They ask questions such as, “What advantages does the cut have?” How high is the quality, increased hardness, and slanted cuts? “How quickly can I have the parts at my disposal?” “Will the ISO 1090, Exec-Class 3 or 4 standards be adhered to?”

The guiding principles behind this are often:

This user group is happy to outsource production. This attitude is often found with machinery and equipment manufacturers who consider their manufacturing work as being focused on construction and ideally on the installation of the equipment. They are used to purchasing all standard parts specifically and ensure their suitability. Moreover, they want minimum hassle and as little reworking as possible. With this type of task, they would usually only be buying other problems, and for this reason, they would rather focus on their area of expertise. Usually this group has high requirements for custom cutting, which is why the custom cutting provider must adhere to the desired certificates and accuracies in addition to providing a high level of quality and reliability.

If this type of business has had bad experiences with its suppliers, it will toy with the idea of doing the cutting on its own.   It will have to accept that cutting machines “tick” differently than the rotary and milling machines that it has become familiar with, i.e. traditional machine tools. Cutting machines require a different system environment and operators to have different knowledge. Usually everything works out on its own by the cutting process after a while. In principle, this user group has high quality requirements for the cutting machinery. Through in-house production, the company is able to have better control over the advantage of quick availability and the required quality, provided the material is available. However, in terms of cost, this user group is not necessarily in a better position than was previously the case with outsourcing.

The stereotypes that we have depicted here as examples serve only to clarify the motivating factors and are not usually a unique selling position in practice. Every business enterprise thinks pragmatically and is commercially and process driven. And of course, other arguments and limiting conditions also play a role in each group; they are just given a different weight. For many businesses, there is a lack of exact cost accounting because order-related and machine-related operating data is often not collected so that in the end, it is not possible to make any qualified statements about costs and profitability or only a few statements about these issues can be made.  Costs are frequently posted for the entire machine, or even worse, for the entire department so that in the end, very few statements about the actual costs per order or per part are possible, and thus there is little point in calculating the ROI.  But this is a different topic.

In summary: There is no general answer to the question of “outsourcing custom cutting or doing the cutting in-house.” The limiting conditions, customer requirements, and prerequisites are simply too diverse. For this reason, here is a list of possible decision-making criteria.

6 reasons that speak for doing your own cutting in-house:

And what reasons do you have? 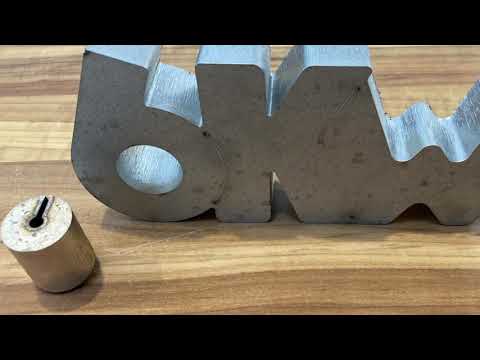 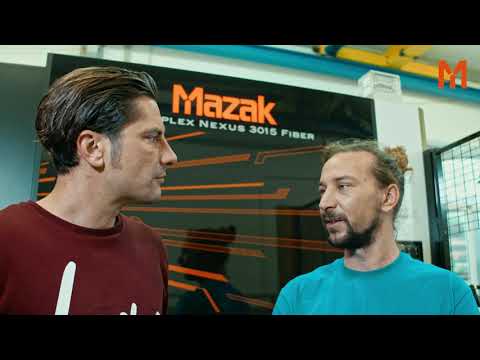 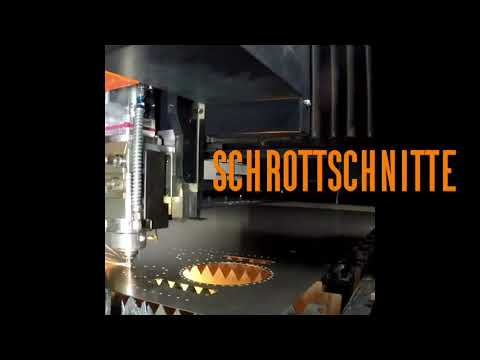